Behind the Scenes: A Longest Day at the Beach

The ongoing pandemic may have put a damper on events scheduled for the  76th Anniversary of D-day, but that did not stop Lorian Films from honoring the Allied liberation of Europe in a small way.

In honor of D-Day, we decided to recreate a shot from the 1962 classic “The Longest Day” #filmbuff #film #production #director #cinematography

Adapted from acclaimed author’s Cornelius Ryan’s excellent nonfiction book, Darryl F. Zanuck’s 1962 The Longest Day epic war film held the title of highest grossing black and white film for 30 years (until supplanted by another Second World War Film: Schindler’s List). And it is certainly is an Epic: runtime 178 minutes, 23,000 thousand extras, four directors of Photography (one for each army: US, British, French Resistance, German; all scenes done with dialogue in their native language) and an ensemble cast of a dozen actors who would normally get top billing themselves. While very much a classic Hollywood Production (the gore is never as brutal as, say, Saving Private Ryan) the sheer scale of the Allied Invasion of Normandy has never been captured as it was in The Longest Day.

The film’s iconic opening shot sets the tone in a very stark but tasteful manner: a helmet dropped the beach. Very efficient storytelling; even though the filmmakers are restricted from showing it, we, know the scene on display behind the camera is one of sheer carnage: bodies of fallen soldiers, massacred in the first wave assault of Omaha Beach.

In a film full of exciting battle sequences of hundreds of explosions and casts of thousands, it is this single subject shot that remains most remembered to this day, often paid homage to. The teaser poster to 2016’s Rogue One: A STAR WARS story provides a recent example. 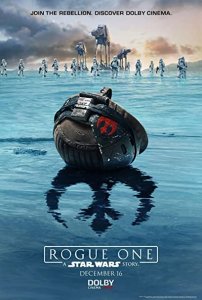 On Saturday June 6th, we took a drive over to Harkness Memorial State Park in Waterford, CT. Our mission: recreate the iconic opening shot from The Longest Day.

The stormy weather on the horizon meant we were under the gun, but gave us the same grey sky that greeted the Allied landing force that gloomy June morning. The beach front proved much shorter than Omaha’s however (we had a few yards, not the hundreds the soldiers had to wade across while under heavy machine gun and artillery fire) but it would be just enough to get the composition right. 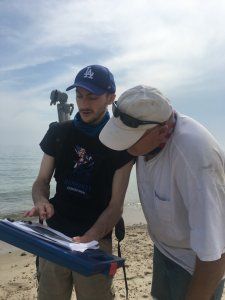 Satisfied with our tiny stretch of beach front, we quickly got to work dressing the set: A prop M1 helmet used on Bound East for Cam Ranh, some sea weed (then a lot more sea weed) and several rocks similar to those found in the shot, and arrayed similarly. 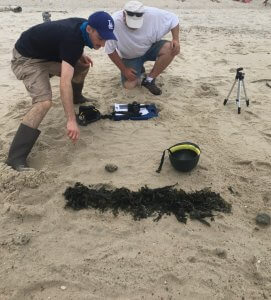 As matching the composition required moving up the beach away from the water, it was necessary to repurpose the helmet as a bucket to make our sand bit more wet. It also gave the helmet a bunch of water droplets, which added a nice effect to the final shot.

Our set was ready. as beachgoers relaxed around us, it was time to get to work. The only time factor being the weather, we got the shot just as some ominous dark clouds started to roll in. 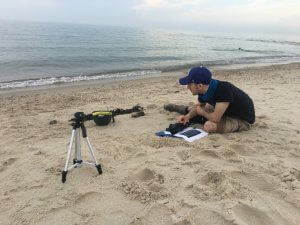 Back at the office, after importing the raw clips to view on the larger monitors, we noticed that, while the composition was close, there was room for improvement. While it’s always better to do it right the first time, the static shot made “fixing” it post a relatively easy process. 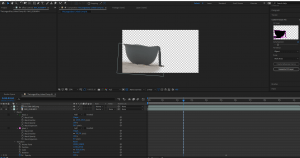 A final bit of color correction and total desaturation, and a few hours later we’ve recreated one of the most iconic shots of cinema!

There’s a lot happening in the world right now; and seeing as the was a huge worldwide celebration of the 75th Anniversary of D-Day last year, it’s easy to see how this year’s anniversary would be under the radar. That being said, current events make remembering the message of Normandy even more important. The fight for freedom, the war against oppression, has never been easy. It takes courage, determination, and sacrifice. As we all watch and some of us participate in this very struggle today, let us remember the worlds Dwight D. Eisenhower to the Allied Forces on the eve of the liberation:

“THE EYES OF THE WORLD ARE UPON YOU. The hopes and prayers of liberty-loving people everywhere march with you…

“YOUR TASK WILL NOT BE AN EASY ONE. Your enemy is well trained, well equipped and battle hardened. He will fight savagely….

“But this is the year 1944!… THE TIDE HAS TURNED! The freemen of the world are marching together to Victory!

“I have full confidence in your courage and devotion to duty and skill in battle. WE WILL ACCEPT NOTHING LESS THAN FULL VICTORY!

“Good luck! And let us beseech the blessing of Almighty God upon this great and noble undertaking.”

See you on the next project!